The Arabic for Non-Native Speakers Institute Organizes A Multicultural Feast

On Wednesday, February 21st, 2018, the Arabic for Non-Native Speakers Institute organized a multicultural feast in the new campus cafeteria in the presence of the institute’s instructors and students who presented special dishes from their countries’ cuisine. 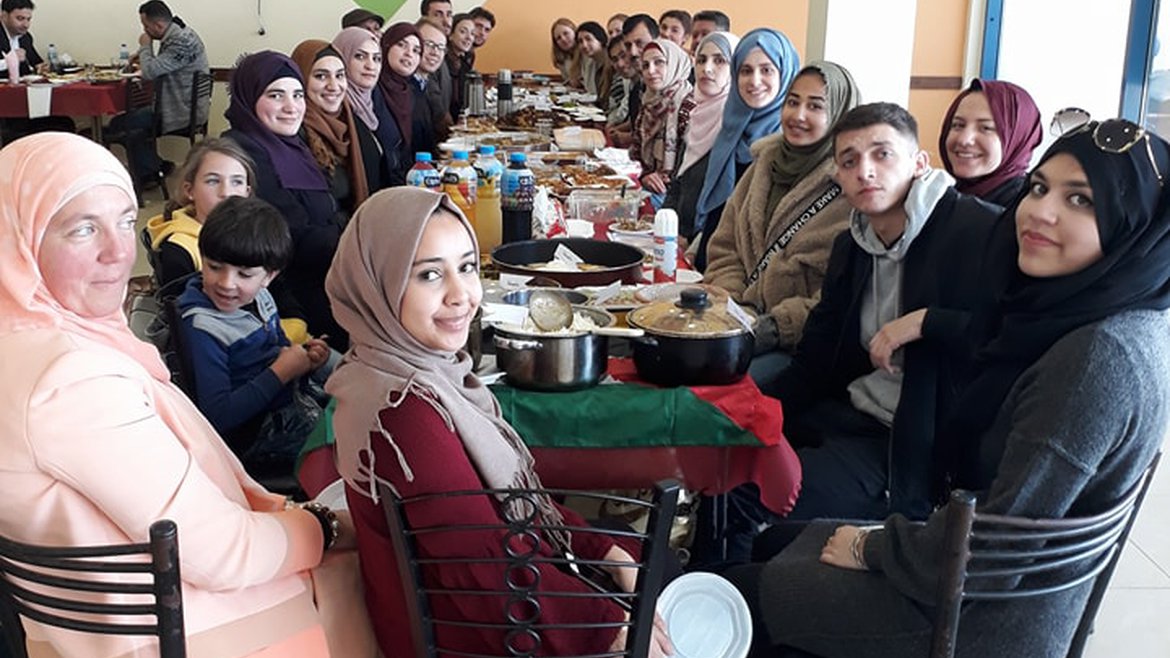 The feast extended to include rich and various dishes from western and oriental cultures. Each student prepared a famous dish or two
from his country and presented the name of the dish and its ingredients. From Europe, “the Shepard’s pie” which is a famous dish in some Parts in the UK was there alongside the ”Frittata” and “Omelette”  from Italy. From Norway, a Norwegian student preparedmeatballs with mashed peas and gravy.  Pancakes from Holland, “apple pie’ and “wortel puree” from Belgium were also presented.

Students from Pakistani, Hindi, and Yamani origins presented dishes like “biryani”, “butter chicken with curry” and “Shafout”. Moreover, there was a plenty of Japanese special dishes like “asazuke salad”, “onigiri” and “misoshiru soup”, and the students tasted the Japanese tea “yokota”. Besides, there was a plethora of dishes from the Palestinian cuisine.

This activity which is held annually by the institute aims at introducing the students to other cultures, enhancing their linguistic and cultural capacity and their immersion in the society. In addition, it reinforces the relations between the students and the instructors and provides a
joyful environment. 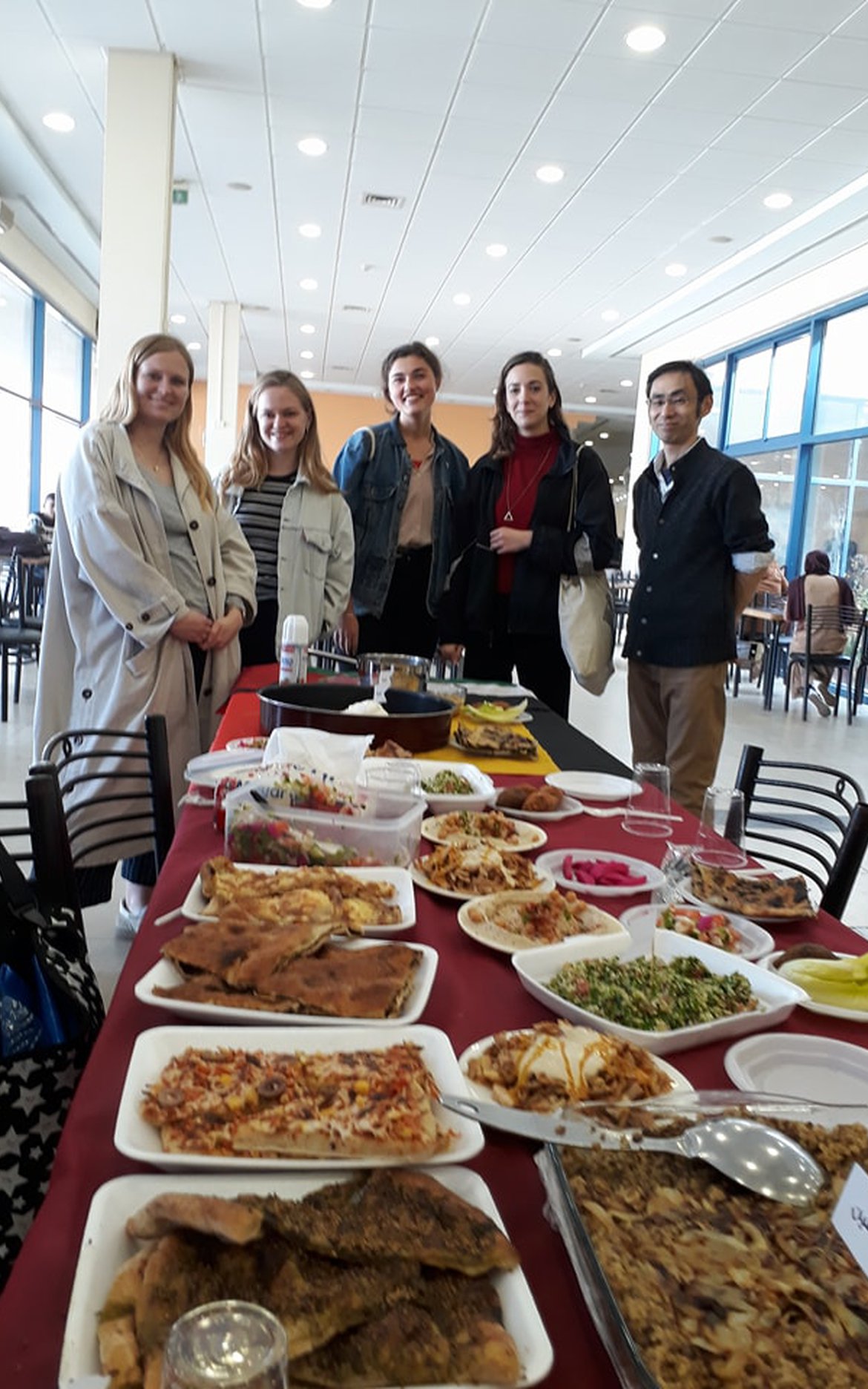