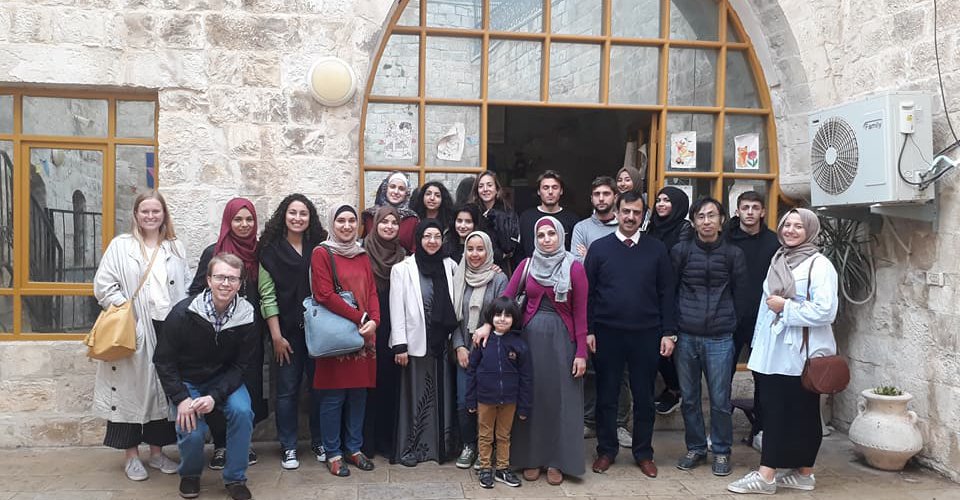 On Saturday, March 24th, 2018, The Arabic for Non-Native Speakers Institute organized a trip to Jenin city and its villages.

The students visited Abd Al-Hadi castles in Arrabah which dates back to more than 120 years ago from the days of the Ottoman Empire, and they were introduced to their different facilities and the renovation operations they went through. The students also visited one of the castles which is now being prepared to be a guesthouse to receive visitors and tourists. 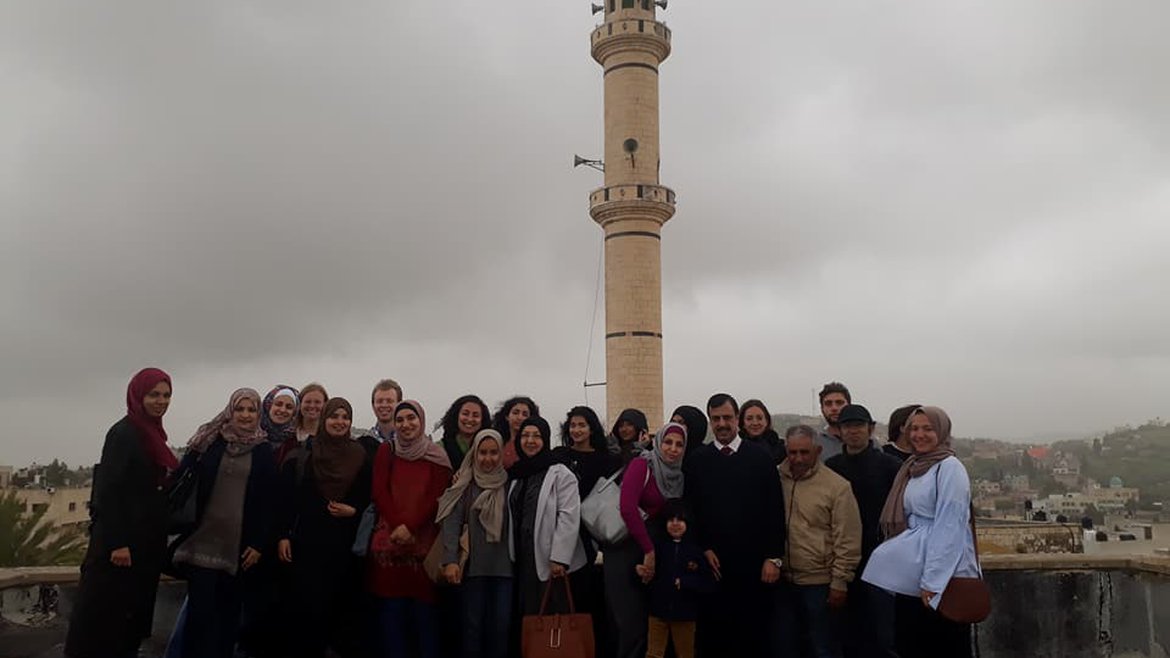 The trip also included a visit to Burqin Church, also known as St. George's Church. The students were introduced to the history of church which is considered as a sacred place for Christians; as they believe that Jesus cleansed ten lepers of their disease who were imprisoned in a cave in the church. 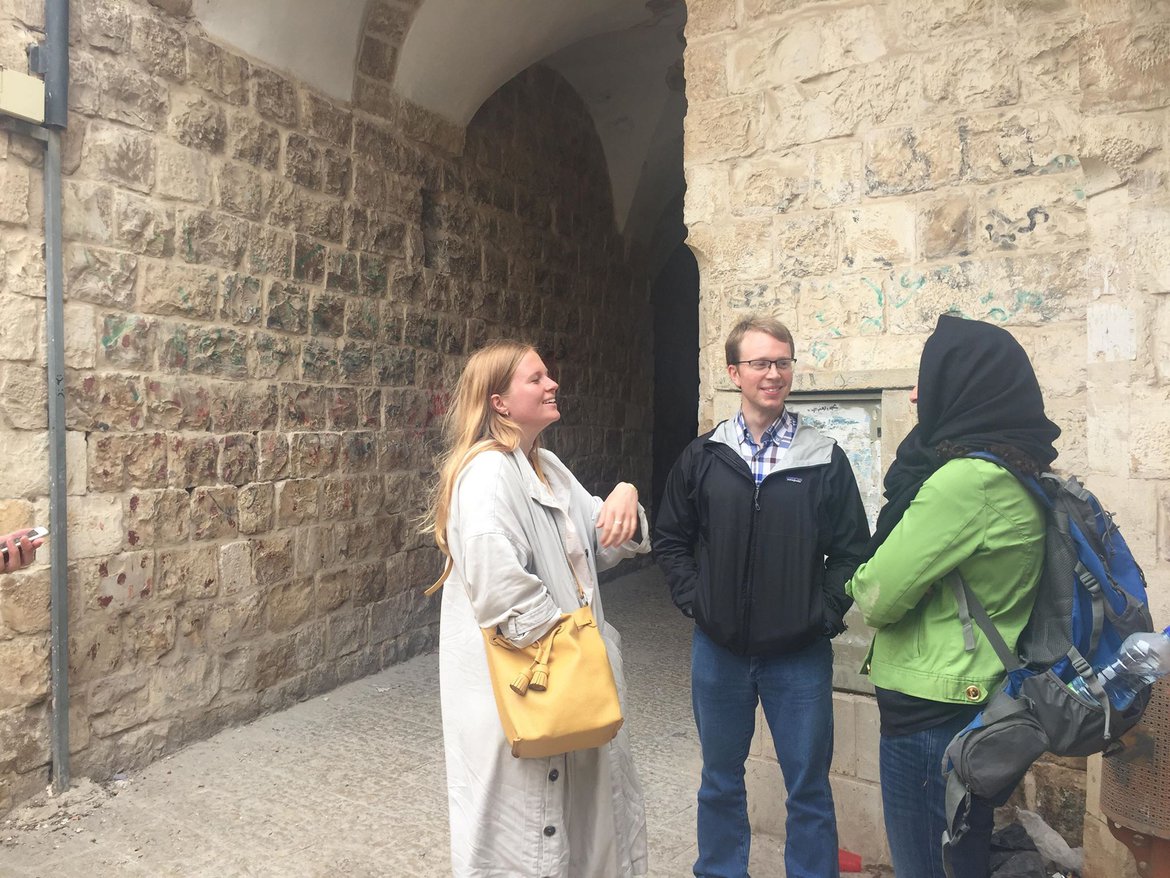 The students then went to Jenin city and the place of The Arab American University to witness the urban development there. The trip was concluded by visiting the traditional Palestinian heritage museum in Hadad tourist village.